The Public Health Agency of Canada (PHAC)(2007) has set minimum standards of hygiene to provide an environment where the spread of communicable disease is reduced to a minimum. The minimum sleeping area per person is 3.5 square metres (1.5 metres x 2.5 metres) or 40 square feet (5 feet x 8 feet) when possible.

An ice surface in an arena can fit 150 cots comfortably

When reviewing allocation space for sleeping, a distance of 0.75 metres (2.5 feet) between beds, bunks or sleeping bags should be maintained. Such spacing has been shown to considerably reduce the spread of respiratory infections. When there is pressure on the use of space, recourse may have to be head-to-tailing of beds. 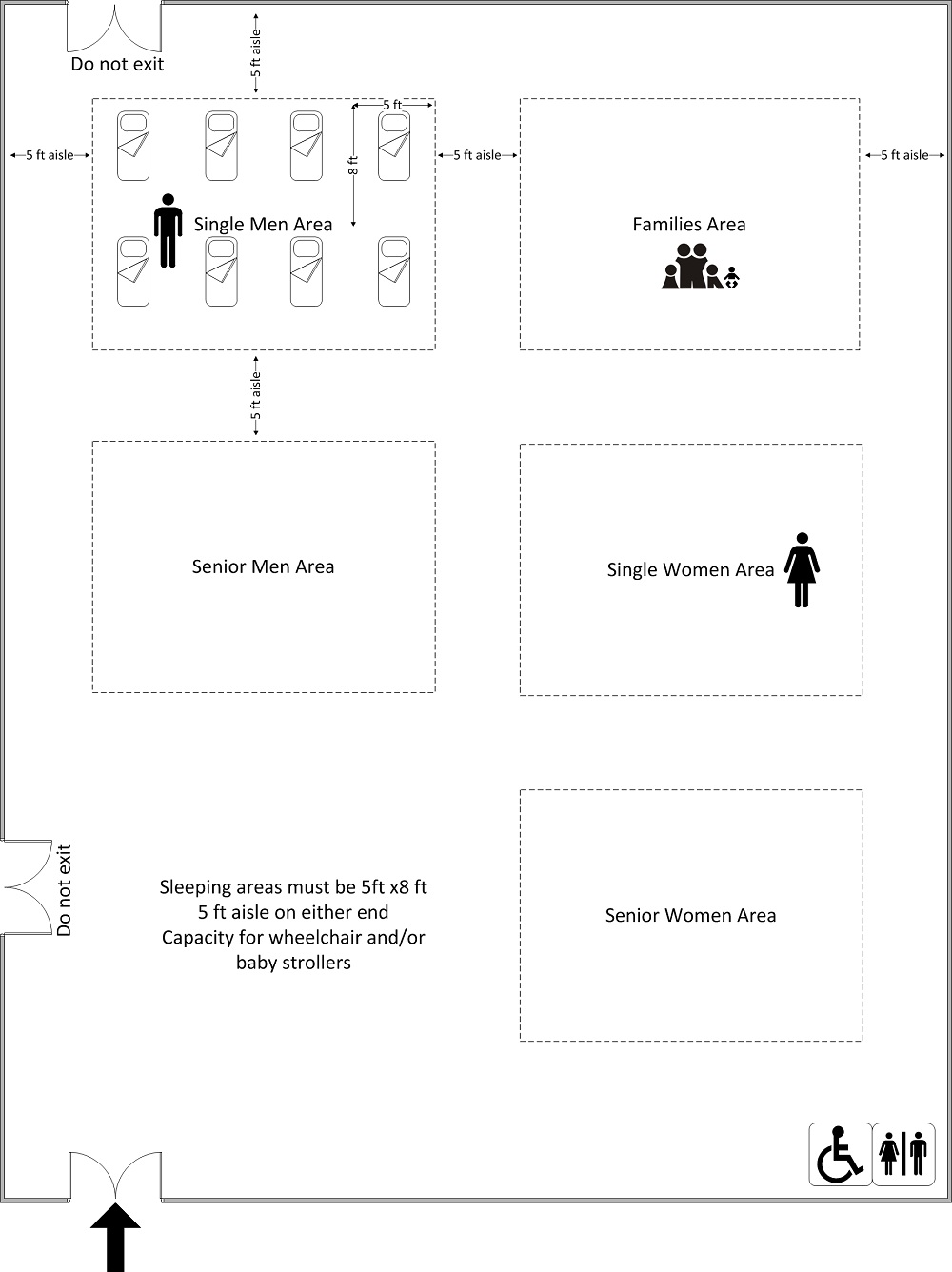 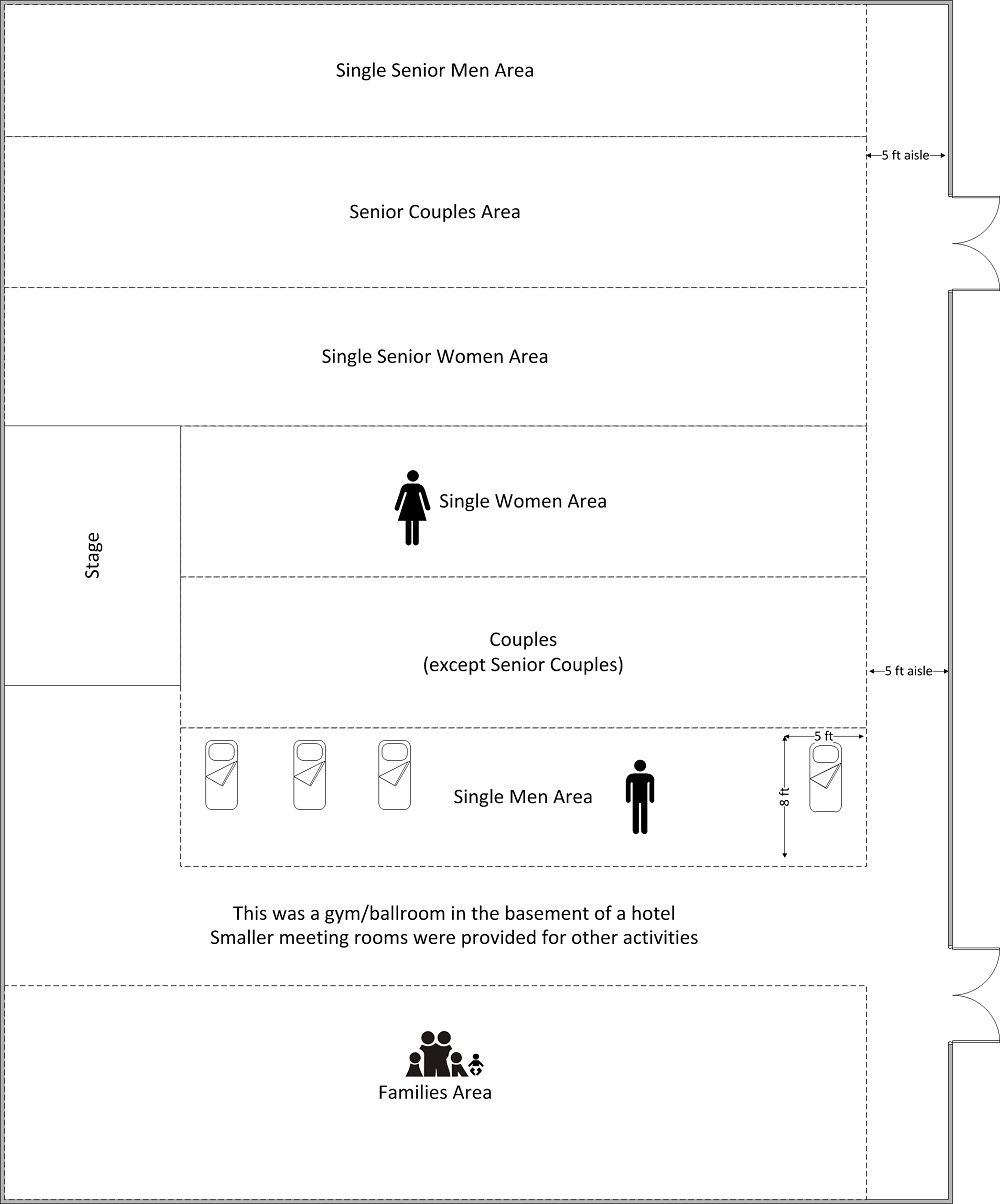 Introduction to Reception Centres by Emergency Management BC (EMBC), in partnership with the Justice Institute of British Columbia (JIBC) is licensed under a Creative Commons Attribution-NonCommercial-ShareAlike 3.0 Unported License. Permissions beyond the scope of this license may be available at https://www.jibc.ca/ess/